Brazilian Jiu Jitsu (BJJ) promotes the concept that a smaller, weaker person can successfully defend themselves or another against a bigger, stronger, heavier assailant by using proper technique, leverage, and most notably, taking the fight to the ground, and then applying joint locks and chokeholds to defeat the opponent. BJJ training can be used for sport grappling tournaments and in self-defense situations. Sparring (commonly referred to as “rolling” within the BJJ community) and live drilling play a major role in training, and a premium is placed on performance, especially in competition, in relation to progress and ascension through its ranking system. 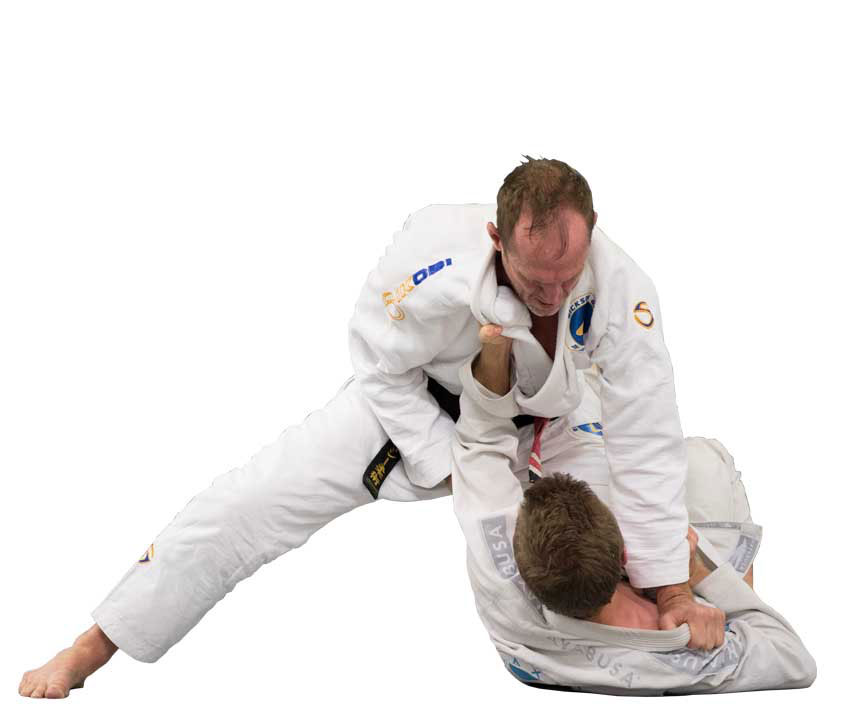 It is often claimed that Brazilian Jiu Jitsu is a development of traditional Japanese jujutsu but this effective art all started with Mitsuyo Maeda (aka Conde Koma, or Count Coma in English), an expert Japanese judoka and member of the Kodokan. Maeda was one of five of the Kodokan’s top groundwork experts that Judo’s founder Kano Jigoro sent overseas to spread his art to the world. Maeda left Japan in 1904 and visited a number of countries giving “jiu-do” demonstrations and accepting challenges from wrestlers, boxers, savate fighters and various other martial artists before eventually arriving in Brazil on November 14, 1914. Jiu-jitsu, as with its parent art of Judo, is known as more than just a system of fighting. Since its inception, Judo was separated from older systems of Japanese jujutsu teachers, this was more than just Kano’s ambition to clearly individualize his art. To Kano, judo wasn’t solely a martial art: it was also a sport, a method for promoting physical fitness and building character in young people, and, ultimately, a way (Do) of life.

An influential businessman named Gastão Gracie helped Maeda get established. In 1916, his 14 year-old son Carlos Gracie watched a demonstration by Maeda at the Teatro da Paz (Theatre of Peace) and decided to learn the art. Maeda accepted Carlos as a student, and Carlos went on to become a great exponent of the art and ultimately, with his younger brother Hélio Gracie became the founder of Gracie Jiu-Jitsu, modern Brazilian Jiu-Jitsu.

In 1921, Gastão Gracie and his family moved to Rio de Janeiro. Carlos, then 17 years old, passed Maeda’s teachings on to his brothers Osvaldo, Gastão and Jorge. Hélio was too young and sick at that time to learn the art, and due to medical imposition was prohibited to take part in the training sessions. Despite that, Hélio learned from watching his brothers. He eventually overcame his health problems and is now considered by many as the founder of Brazilian Jiu-Jitsu (though others, such as Carlson Gracie, have pointed to Carlos as the founder of the art).

Today, the main differences between the BJJ styles are between traditional Gracie Jiu-Jitsu’s emphasis on self-defense, and Sport Brazilian Jiu-Jitsu’s orientation towards point competition. There is a large commonality of techniques between the two. Also, there are a wide variety of ideals in training in different schools in terms of the utilization of technique versus how much to attempt to overpower an opponent.

In the 1990s Brazilian Jiu Jitsu came to international prominence in the martial arts community, when Brazilian Jiu Jitsu expert Royce Gracie won the first, second and fourth Ultimate Fighting Championships, which at the time were single elimination martial arts tournaments. Royce fought against often much-larger opponents who were practicing other styles, including boxing, shoot-fighting, karate, judo and tae kwon do. It has since become a staple art for many MMA fighters and is largely credited for bringing widespread attention to the importance of ground fighting. Sport BJJ tournaments continue to grow in popularity worldwide and have given rise to no-gi submission grappling tournaments, such as the ADCC Submission Wrestling World Championship. 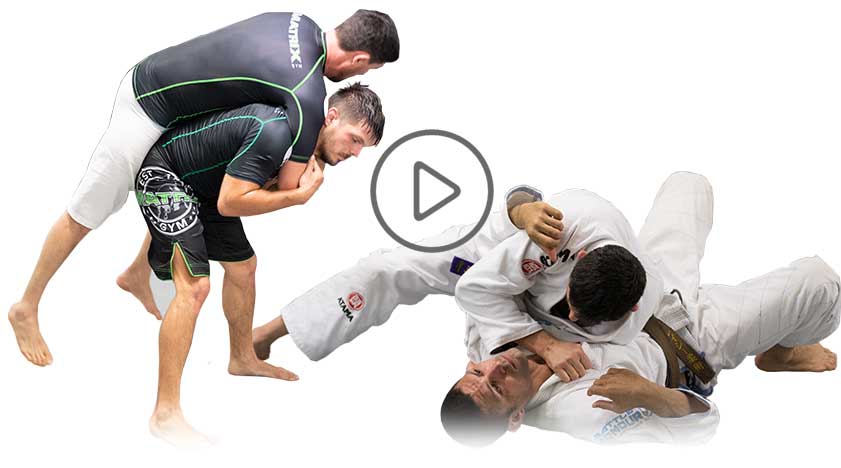 Students at our Brazilian Jiu Jitsu Gold Coast classes will learn self defence techniques such as chokehold and joint lock submissions, as well as positional techniques and ground control. Training sessions include warm-up drills, revising and learning new techniques, rolling rounds and a warm down. BJJ is a great fitness workout and is excellent for developing a strong core, improving balance, toning and building lean muscle as it uses all parts of the body.

Matrix classes are divided according to the traditional BJJ belt ranking system. Beginner students will start in one of our white and blue belt classes, which place an emphasis on mastery of the most basic and fundamental BJJ techniques. Higher level BJJ students will have access from purple belt classes through to black belt classes.

In addition to the overall benefits of a rigorous fitness program, you’ll enjoy unique benefits as a member of the Matrix Brazilian Jiu Jitsu Gold Coast program: 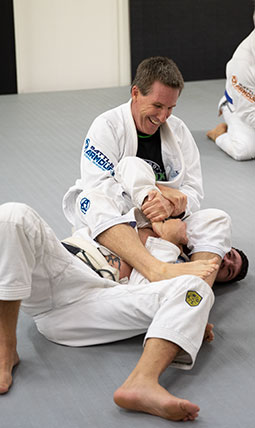 This class is structured for the beginners to the intermediate…